Trying to outrun the Hound, but steadily losing ground

Continued from The Hound of Heaven Winks 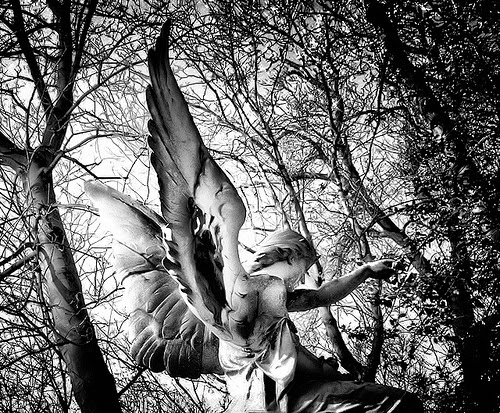 It is easy to overlook miracles, until you've experienced one from a front row seat! Once you have eyes to see the evidence of God, His involvement is hard to miss!

I have these front-row seat experiences at such a regularity, I call them Sacred Echoes, borrowing Margaret Feinburg's title of her book by that name. They have a repetitive nature, in case I miss the Message the first time!  People always tell me I have the most amazing stories. I can't deny it. But I believe we all live amazing Moments of God's extravagant Presence, if we have eyes to see the miracles that we too often miss.

Readers obviously like a feel-good story. My last post, The Hound of Heaven Winks racked up page views, comments, and shares, and initiated emails, phone calls, and community chats more than any other post to date, blowing past long time front runner, Celebrating Mediocrity.

After Roma had been in a suburb of Atlanta for almost three weeks without a job, I started to wonder how he had money to eat. The possibilities were troubling. We kept open the lines of communication, "speaking" daily, mostly by texts.

I am part of a private, supportive adoption group on Facebook. I posted, on Sunday, May 24, asking for prayers for my lost boy. One member, Nancy, messaged me to ask how she could  help. She lives near Atlanta too. I mentioned that I hoped Roma's thirst for God would drive him back to church one day soon. She graciously offered to invite him to her church, Passion City Church where Louie Giglio preaches. I knew of Giglio from a video, but all I could remember about it was the amazing universe God has created and big suns! I did't know much more about him other than he knows a lot about outer space!

On Wednesday Roma shared that he had had nightmares the previous night. I have never know him to have trouble sleeping, even when he first joined us at age seven. I interpret the nightmares as confusion and spiritual warfare. There is a battle raging against terrifying enemies!

On Thursday Nancy messaged again, asking if her daughter, close to Roma's age (wise woman!) could call him and invite him to church on Sunday evening, to a service that attracts many young people in the congregation. I was pretty confident Roma would go. He is an extreme extrovert, and has probably been spending too much time alone, in front of a screen of some kind. His soul is dry from pursuing the world and trying to elude God. I know this because another Facebook sister has told me that is what she is praying for my boy—that he becomes thirsty for relationship with God. I gave Nancy Roma's number.

Then I contacted Roma and asked permission to give a stranger his number, in case he needs anyone down there, and oh, by the way, she might invite him to her church. We texted back and forth and finally he said "sure, whatever," which I interpreted as an enthusiastic "YES!" (Well, it definitely was not a "No!")

Nancy and I frantically messaged back and forth. Her daughter called Roma. She reported that he was "very pleasant." He would consider the invitation, and call her back in a day or two.

Often I decide to drive in silence on my 15-minute commute to my part-time job, in order to "Be still and know that God is God." But on Friday morning, May 30, I decided to tune in to my Christian radio station, WAVA, in case God had a message for me. Focus on the Family was beginning, and the morning's guest was none other than Louie Giglio. I just shake my head sometimes and marvel at God's creative provision. I almost felt Him smiling and asking from the passenger seat, "Are you paying attention, dear one?"

"Examining My Past for a Better Future" was the title of Giglio's message that morning—exactly what Roma needs to hear. Older adopted kids carry heavy baggage of grief, loss, and abandonment from their  past that is too bulky for ill-equipped young souls to carry alone.

After work, I contacted Nancy again, a woman I have never met in flesh and blood, but who is suddenly my sister. God, Himself has introduced us! I messaged her to share about the Holy time with Louie and God in my car.

Nancy reported on Saturday that Roma had called and wasn't available to attend church this Sunday, but maybe next Sunday. A little later, Roma called me to say he wanted to come home to Maryland. He was restless and disillusioned in Georgia. I reminded him it was not our idea for him to go to Georgia, but he shouldn't bail out again when things get difficult, but stay and learn the lesson! I was secretly happy he was experiencing that dryness that my friend was visualizing for him. I suggested he accept the church invitation. Without a job, what could he be doing of any importance on Sunday evening?

Later Nancy messaged to say Roma had called and had changed his mind about attending church with them.

Nancy's family picked Roma up on Sunday at 3:30, and spent some family time with my lonely boy, until the service started at 5:00 pm. As they were picking him up, I headed into my newly requisitioned prayer closet that I have utilized since Roma went AWOL in Florida. After spending silent time in the dark and praying, I headed to my favorite chair and opened the Bible for the next phase of the battle. God led me to Psalms. I "randomly" (right!) began in chapter 139.  I was struck in verse 5 by the image of "hemming in" which had been the words of yet another Facebook sister. Then by the time I was at verse seven, I had the image of the Hound of Heaven again: "Where can I go from your Spirit? Where can I flee from your presence?"
Verse 13-14: "You knit me together in my mother's womb. I praise you because I am fearfully and wonderfully made."

I read to the end of Psalms and stopped to eat. I checked my email, and another new sister had sent me a link to a Louie Giglio video. It just happened to be the one I have seen, about the universe, "How Great is Our God." I sat and watched all 40 minutes of it. When he started quoting the same verses I had just read, in Psalms 139, around the 19 minute mark, again I smiled, acknowledging God's presence, and His question, "Are you paying attention, dear one? Don't miss the Miracle of My Presence!"

Monday's report brings news that Roma is actively looking for a job, and plans to return to church next Sunday. His new "extended" family in Georgia has displayed the love of Christ to my spiritually parched boy. Love like that is hard to refuse!

Thanks to all who have entered the Pursuit on Roma's behalf with your prayers and answering the still small Voice to respond to Roma and me. I am comforted and awestruck as I imagine God's earthy creatures joining the Heavenly realm in the pursuit of one lost soul.

Try as we might, we can never elude God. The best we can do is deceive ourselves that we have hidden from Him.  Perhaps, like Saint Augustine, we pray for God to take away our lust for worldly things. And like Saint Augustine, we add, "but don't do it just yet." We don't understand that only Living Water can satisfy this hunger and thirst.  Like it or not, we are made for God.


It is impossible to grasp the depth of God's love for us. "What are humans that You are mindful of him?," David asks in Psalm 8. I ask too. But I am reminded by God, who is always nearby, that Roma is a treasured child of the most High God. So am I. So are you.

Why do we want to hide from that kind of Love?

Continue this story with Angels and Demons, part one

Posted by dbmichael at 3:46 PM

Email ThisBlogThis!Share to TwitterShare to FacebookShare to Pinterest
Labels: But the greatest of these is love, God winks, God's love, the Hound of Heaven