Angels and Demons, part one

Continued from Trying to outrun the Hound, but steadily losing ground.


I had a dream several weeks ago in which I was sharing some "Roma stories" with a group of friends. Since he arrived in our family at age seven, Roma has supplied us with ample entertaining, funny stories to share.

As I turned to leave, a close friend of mine was standing near the door. She said slowly and deliberately, "Write all this down." That was the end of the short dream.

After the past week, the dream makes perfect sense, so I am writing it all down. 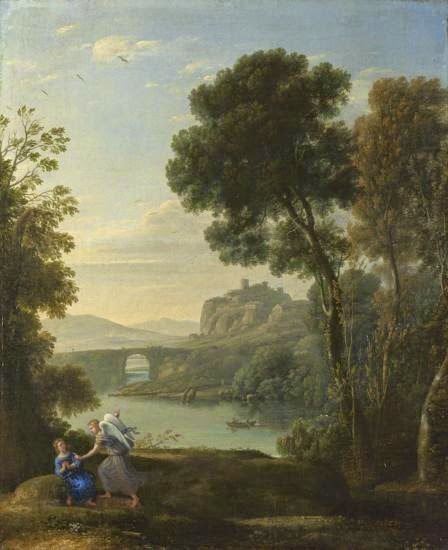 If you don't know who Roma is, and are unfamiliar with the events leading up to this post, you will not want to miss the prior posts, The Hound of Heaven Winks, and next Trying to Outrun the Hound, But Steadily Losing Ground about this incredible Odyssey with God. To start at the the beginning of the Odyssey, read my book, But the Greatest of These is Love!

I have met, up close and personal, a loving God who relentlessly pursues us. I have seen an illustration on a grand scale, of the Powers of Heaven fighting the dark powers for the soul of one lost and loved young man, my son, Roma

Roma has been in the Atlanta area since May 6 after he walked away from his halfway house in Florida. At that time, I sprayed prayer requests in all directions. One happened to hit my new best friend, Nancy, within reach of Roma, in Georgia. I live in Maryland. I only knew Nancy from a Facebook adoption group. Almost immediately Roma and this sweet family bonded. Since then, they have gone out of their way, and way out of their comfort zone, to reach Roma. They have taken him to church on Sundays and mid-week services, and even had him over for dinner, and eventually had him spend the night.

He has had no job and has no (legitimate?) source of income, but seemed to be satisfied just coasting along. Pot and alcohol are regular pastimes. I work at a high school, and I understand that this is not unusual activity, Have I needlessly created a pathology? Maybe, but raising a child sent by God is not to be taken lightly! (And they are ALL sent by God!)

Nancy's and my desperate prayers started to include that Roma and his roommate would part ways. We both kept getting dark vibes about his living situation.  She had even graciously offered to give him a room at her house, but my memory of living with this lovable, but often difficult young man was too fresh! I would NOT impose the experience on anyone else. Especially people I was just beginning to love! And Nancy has a beautiful young daughter, and Roma is a hopeless romantic!

I did mention to Nancy that she might put the word out, if there might be a family man who had a passion for boys like Roma. Surely there were lots of people just waiting to take on lazy, pot smokers as projects! We continued to pray for a change in Roma's living arrangements. It did not seem to be a good match for either boy. Along with my daily nagging about getting a job, I added that a new roommate would be in his favor, maybe he could make some good friends at his new church. Roma flipped out, saying that his roommate was his good friend. They had been through a lot together. I was told to back off.

But no, he and his roommate had had a fight and since it was his friend's apartment first, Roma was out. I almost laughed at our blessing of having a homeless son! He was with Nancy, always the angel, who he called first. She picked him up at another friend's house where he went after the fist fight! Roma is many things, but not a fighter! He is 5'9', 145 pounds, in heels and soaking wet! His friend, a former football teammate is 6"5' and weighs a lot. But Roma assured me he was okay, but added that his roommate could seriously use a detox program. Nancy set him up through Sunday in a hotel room near her family's home.

Later when we spoke, Nancy mentioned that someone had told her there was a man who had a calling to work with young men in addiction. She would find out more.

At 3:30 that afternoon, Nancy messaged me that her husband had talked with the man her friend told her about, who had a heart for young addicts. Roma had agreed to go with them to meet with him the next afternoon. I was humbled that Nancy and her husband were willing to spend their Saturday afternoon with my son. She wrote, "And wait till you hear this–God is in this BIG time–Not only does he have a heart for teen/young addicts–he particularly has a deep passion for helping boys from RUSSIA!!!"

You can't make this stuff up!

Saturday, June 21. I prayed that Roma would be interested in what the man had to say, and thanked God over and over for sending Roma straight into Nancy's heart! What are the chances that I would ask for prayers in a secret Facebook Adoption group and a woman I had never met would respond who would develop such a heart for my boy. And have the time to devote to his various and extensive needs!

She reported later that he had been very interested to learn that his man took young men on retreats to his ranch in Idaho for a week, if God pointed them out to him. This man, Mark, said that God had clearly said to him that Roma was to be one of these young men when he met him. Roma was all in for another new adventure, until Mark started talking about addiction and recovery. I can imaging Roma writhing with his demons over such talk. Roma texted me that he was irritated. He was NOT going.

Nancy messaged me later. This Mark was the real deal. We needed to persuade Roma to get on that plane next Saturday. Nancy was certain it would be a good opportunity for Roma.

Sunday morning, June 22, the phone woke us at 6:00 am. I handed the phone to Bruce, the strong one–I sensed bad news. His strong "Hello" soon gave way to a quiet, shaky voice. The hospital? The morgue? I ruled at the morgue with his comments. The hospital? My imagination filled in every question I had. I got up to look for insurance information. Then I could hear a woman's voice. A familiar woman's voice. I had only talked to Nancy a few times, but I recognized her voice. Bruce was grabbing a paper and pen from his desk,

@#$%!!! Then, "Thank you, Lord!" I said. I was thankful my son was in jail! When had I lowered the bar so low on my expectations! But he was not dead! He was very much alive!  Until I could get my hands on him!

Poor Nancy had to be the stand-in mom with my son in jail for the charge of Disorderly Conduct!

The next few hours went very fast. I spent five hours trying get through to the jail. Unsuccessfully. When I did finally reach a warm body, I was going to pay his bail with my credit card. No, the bail has to be paid in person and $350, exact cash. I explained to the disinterested woman that I lived in Maryland, 13 hours away, and I was satisfied to leave him in jail for the WEEK, but Nancy assured me that jail in Decatur, Georgia, or any jail, I'm sure, could be an institution of higher learning ("high," being the operative word!)! The hook for me was getting him out to go to church with this family at their 5:00 pm service at Passion City Church where they had taken him for the past three Sundays. We worked all day trying to reach the right number that would unlock the door, literally. Nancy's husband went to his ATM for get the $350 bail money to take to the arresting police department, then back to church, because this Sunday was very busy Sunday,  being Generosity Sunday! No Kidding! The police station told him it could be up to five hours before they could release my son, who by that time might be a hardened criminal! So he would miss church after all. They would go pick him at after church, around 7:30.

Roma entered jail and 3 am and was released about 8 pm, seventeen hours later. Nancy wrote that, if we didn't mind, she and her husband would like to take Roma out for a bite to eat and have a long, honest talk with him.

Where do we find friends like this, except for God connecting us? I headed to my prayer closet to pray for what I hoped would be their meeting with a contrite, humble, sniveling mass of repentance.

Nancy's message revealed my unrealistic optimism.  I called him. My young jail bird was cocky and totally unrepentant. "Mom, it was nothing, It probably won't be on my record since I've never been arrested before." He laughed.

"Roma, being arrested IS a big deal!" Our conversation went from that high point and plummeted to him dismissing us as parents and telling us to have a nice life!  He HUNG UP ON US! In my frustration and anger, I suspended his phone service. He continued to text saying "you need to reconnect my phone, I have to be able to call Markus." But then the arrogant lad texted "Stop responding to me!" So I did!

I was defeated. There was no hope in the foreseeable future. I started to worry, for the first time. I believed the lies the enemy told me! My last message to Nancy that night was "In the story of the Prodigal Son, the father does not go after the son. He lets him go.

That might be true for the earthly father. But not so for the Heavenly Father!

This seems to be a good place to take a breath and rest my speeding fingers. I will try to post the rest of the story tomorrow, or rather the next installment of the ongoing story of our Amazing God who promises to never leave or forsake us!

Next post, Angels and Demons part two
Posted by dbmichael at 4:30 PM