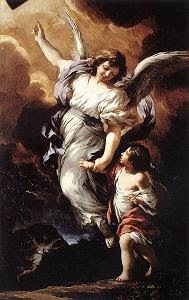 My last post ended with me in a state of near hopelessness, for the first time ever. Roma seemed to be lost in a haze of evil. I couldn't reach him. He didn't want to be reached. I went to bed Sunday night despondent and crying over my lost boy.

"Weeping may endure for a night, but joy comes in the morning." –Psalms 30:5

Monday morning, June 23, when I woke up, the world seemed much brighter than the night before. I reread Roma's texts. "You need to reconnect my phone, I have to be able to contact Markus."

Who was Markus? Did he mean Mark? Mark was the man who wanted to take Roma and other young men to his ranch in Idaho for a week. The mere suggestion of the trip had "irritated" Roma two days earlier. He had said, vehemently that he was NOT going. But Nancy was so sure Mark was the "real deal" from her first meeting on Saturday. I totally trusted Nancy!

I turned his phone back on. I texted, (even though I had been instructed to stop responding to him), "if you want to go to Idaho, we will pay."

"Yessssss" he texted back. I knew whatever his reason for deciding to go, God wanted him there.
Our texts through the morning revealed a hurt boy. We "made up," and I offered grace to a boy who needed my love like never before. He needed mercy so much more than the world's view of "justice" at the moment!

I had spent Saturday afternoon, before all Hell broke loose, literally, reading the long, detailed, articulated email and information Mark had sent me after he met with Nancy and husband that afternoon. His testimony and career credentials were impressive, and Sacred Echoes rang throughout. His recorded testimony included his unexpected Call to mission work in Russia, much like mine to adoption. The God-you-have-got-to-be-kidding feelings, the provisions supernaturally supplied for the Call. And, "coincidentally" (I think not), he mentioned in his email the name of only one young man who was a past ranch visitor. Mark had no way of knowing that I just happened to know this young man's mom on Facebook. I live in Maryland, and Beth, in Atlanta. As Facebook friends-you-don't-actually-know go, Beth is closer than most. We were connected by a mutual friend, adoption, and my book. We have even spoken on the phone a couple of times, and prayed together for our boys!

Sunday I sent Mark an email informing him of Roma's arrest. Would that preclude him from going, and could the trip help him if he didn't think he needed help?

Mark said that Disorderly Conduct was a misdemeanor, and he had met much tougher cases than Roma. He was hopeful. No, he changed his word to "confident."

I asked the price of such a week. Only his plane fare. Mark said he and his wife had been blessed with this mission and would provide for all his needs for the week.

Too good to be true?

Beth, my facebook friend who had prayed with me for our boys was learning the same time I was that her son and Roma had been invited by Mark to dinner! She was speechless on how it had all happened. She called me and we marveled at God's work in the lives of our two boys. She echoed Nancy's sentiment that Mark was the real deal! She said that whatever Mark suggested, do it.

Mark called on Monday evening and patiently answered our many questions. He had had an experience with God many years ago. He had been an addict and almost at the point of death when God came to him. He spoke of the demon who had lived in him, causing depression and addiction. He said as soon as he saw Roma, God told him that Roma was the one he was supposed to take to Idaho. That many of these boys adopted from Russia had a foul spirit attached to them.

Nancy messaged me on Monday morning to say Mark had just called her husband. Remember, Nancy and her husband had not met Mark before Saturday, less than 48 hours earlier. Mark asked if they could pick Roma up from his hotel room that he would soon be checking out of, and bring him to their house. Could he stay with them for one night? He would keep him until Thursday, June26, when he would fly out with Mark instead of waiting until Saturday, June 28, with the other boy, Roma would fly with Mark. Mark was afraid to leave Roma unattended until they got on the plane. He didn't want anything to happen to Roma to prevent him from going. He said that Roma's demon was fighting for his life, and would try to stop him from going to Idaho. I looked back over the past few days and saw it was true.

This was starting to sound like a Frank Peritti novel!

Before this experience, I have talked about "spiritual warfare" in abstract terms. But now I have witnessed it, and felt it, and Nancy was constantly validating my suspicions through the weeks of our close communications. And now a man God so clearly led into our lives is talking about casting off demons? This man who is a lawyer and scientist by profession?

Nancy successfully handed Roma over into Mark's care on Tuesday, June 24. Tonight, June 25, Nancy is picking him up to take him to his last, for a while, Wednesday night service at her church. She asked me if it was okay. I messaged back, " BE VERY CAREFUL WITH HIM! Haha! I feel like you will be in possession of the box that holds the Hope Diamond. The box doesn't look like it, but Satan wants to steal it, and God has gone to amazing lengths to protect it! Please keep him on a leash and in ankle cuffs!"

She wrote right back, "I will protect it with my life!"

What are the chances all these connections would have happened without Divine Help? Zero!

Had I continued along my stubborn path, having once said that if a child of mine was ever arrested, I would let him sit in jail a couple of days to learn a lesson. Satan was counting on that. I am thankful for Nancy's gentle nudge that we needed to get him out. The window of time was so small, to get him off to Idaho. Had I been firm about my earlier conviction that Roma needed to learn the hard way was exactly that, MY convictions. I had not consulted God about it. And the Enemy didn't want Roma to get out. He wanted Roma to miss this trip that God so clearly was lining up.
The timing, the circumstances, when I look at the bigger picture, were uncanny. Roma meets a man on Saturday, and by Tuesday, is staying at his family's home. On Thursday he will be flying off to a new opportunity. Had I listened to MY conviction to turn his phone off forever, this opportunity would be lost.

So many pieces of a enormous puzzle. Every piece has it place, and its purpose. During this season of testing, I have learned so much about God, and the Enemy. God's love is incomprehensible. His mercies are brand new every day! My life is enriched by a new, improved prayer life. Never before have I spent so much time on my knees or on my face, pleading my case, and Roma's, before the throne of God. And God showed up! Another layer of scales have fallen from my eyes. I also have a new, dear Sister, Nancy. We will meet one day, hopefully before Heaven! I have a new peace, that He who is in us is stronger than he who is in the world.

I have no idea what tomorrow holds. None of us do. But today brings great JOY! And I will embrace it!


Thanks for your continued prayers.

To the Glory of God! Amen!