Our first stop on day four was at Vardzia, a massive cave monastery in southern Georgia.  It is written that Vardzia was built in the late 14th century after 10,000 Turkish troops marched into Georgia but were defeated by a bold Georgian army of only 2,000 men.  There are only 750 rooms remainting of the original 3,000, after an earthquake in 1283. Until the earthquake, the caves had been previously hidden completely underground until it lost its surface rock.  The caves stretch along the cliff for over 1600 feet and up to nineteen tiers. The Church of the Dormitian dates to the 1180s, when most of the cave dwellings were excavated by order of Queen Tamar, also referred to as King Tamar. The intricate complex could once house 50,00o people, The Mongols from nearby Turkey were a constant threat, and the site was mostly abandoned in the sixteenth century after the Ottoman invasion. 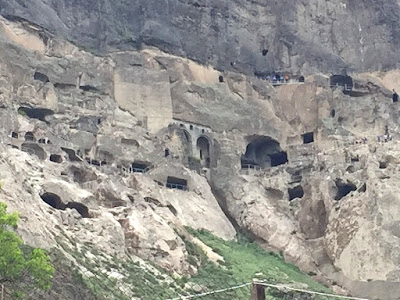 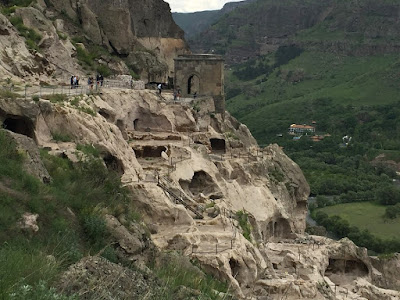 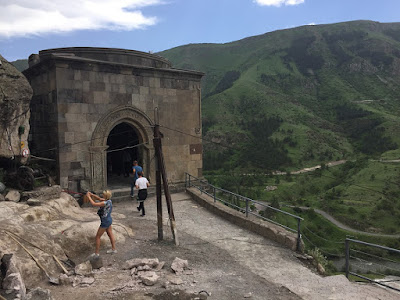 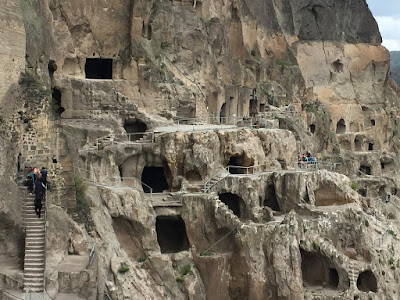 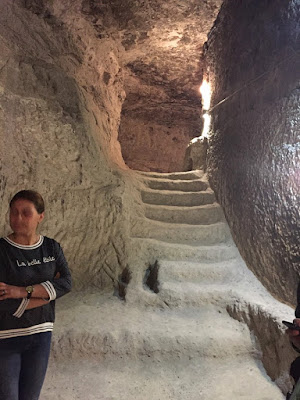 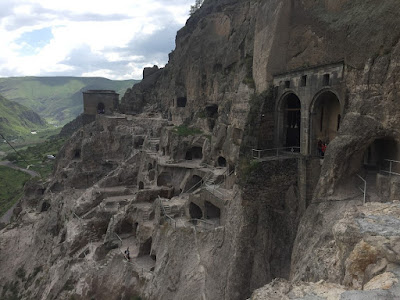 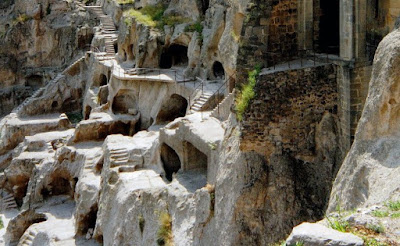 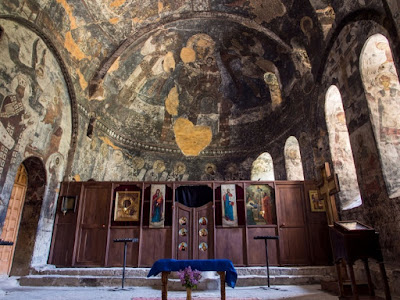 This video is a good guided tour of the astounding network of caves that once contained 3000 interconnected chambers and tunnels. It also contains information about Akhaltsikhe, our second stop of the day. 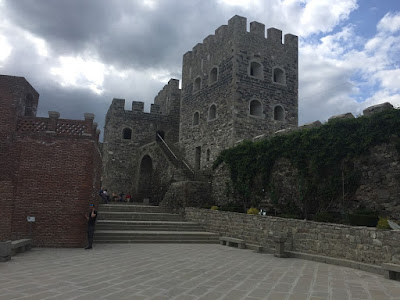 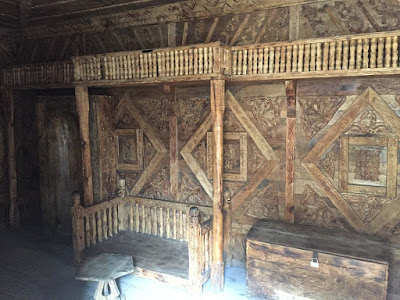 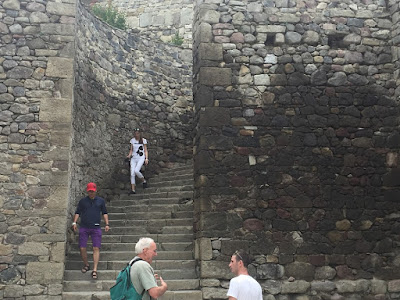 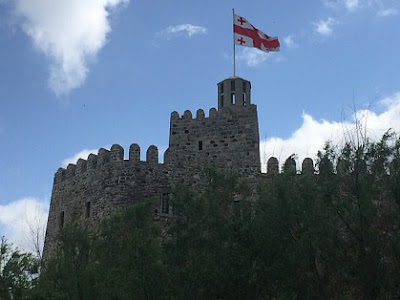 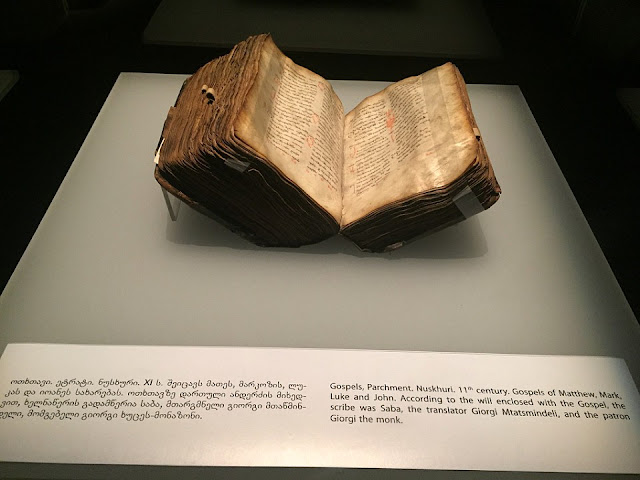 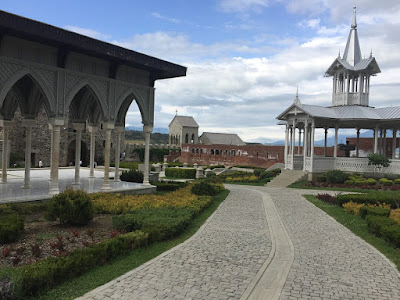 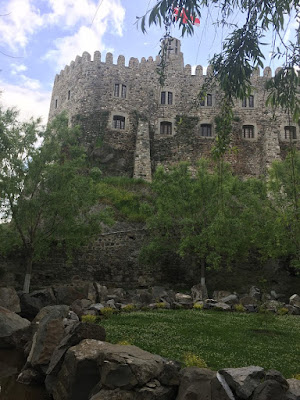 Day Five, we travel to meet Roma's sister as she and her family travel south across the formidable Caucasus Mountains from Russia.  Stay tuned.

Thanks for reading! Please continue to Part Eleven, to meet Roma's sister, Liana! God in the Details. YES HE WAS!