Singing and Dancing in Heaven

I'm going to take a brief detour. But bare with me, there will be a connection. There always is. 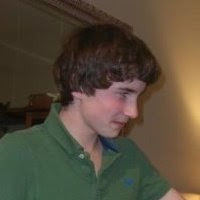 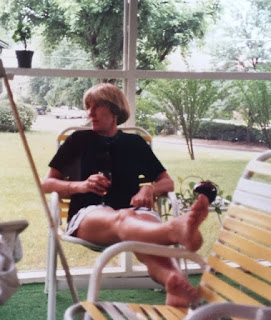 My sister-in law, Holly, died on May 6 after a five week battle with cancer. Her family and friends were breathless wondering how this vibrant and active sixty-five year old could have ever become so sick. She had always made healthy choices and taken care of herself. Good genes were on her side, as her dear grandmother, Gigi, the first, (Holly was Gigi to her grandchildren too) had died only six years earlier at the age of 104.  And Holly ran. Tens of thousands of miles of daily runs, races and marathons. Holly was the picture of health.

When we learned not long after her diagnosis, that she was failing fast, we drove down to Jacksonville Florida. We were painfully aware that it could be our last visit with this fun and funny woman who had been my "sister" since 1978.

As we prepared to make the trip, I had Roma on my mind. How could we lose two loved ones in five short months? I was remembering when Holly was here visiting about ten years ago, and she rode with me as I picked up Roma and his buddy Lee at football camp.  The cocky confident preteens got in the back seat and immediately begin telling us how great they were, the best players in their groups.  Holly and I exchanged glances and even comments as the two stars in the backseat went on and on, and on, about their amazing passes and catches and tackles.  They were one-upping each other as Holly and I chuckled about those sweet boys in the back that didn't have a humble bone in their bodies.

Remembering that frozen moment in time, I started thinking about those fun days of Roma's youth and taking him to football practice on those crisp autumn evenings.  He would toss his equipment in the back seat, slam the door, turn the radio to his station, and turn up the volume. I remembered a song that I hadn't heard in years. I suddenly wanted to hear the awful song, because it would remind me of my dear boy. The tune of Ridin' (I had to look up the title) was on my mind, unfortunately, for a few hours as we prepared to leave for Jacksonville.

After an eleven hour drive (thank God cars run out of gas, or my eager-to-get-to-his-destination husband would have never stopped) we parked and tried to find our way into the wing where Holly was a patient. Being in a hospital for the first time since Roma's accident hurt my heart. I couldn't help but think back to the last time we ran into a hospital with heads spinning, asking for directions. It surprised me how hard it was to see Holly laying in the hospital bed, so weak and sick.  Did I imagine I could feel Roma with us in Holly's room? By then we knew, unless God provided a miracle, Holly would be joining Roma soon. I couldn't help but sense he was close. We visited for three hours, then made our way back to the parking deck, wondering if Holly would be alive for our visit the next day.

As Bruce was weaving through the parking deck to find the exit, what song should come on the radio? If you didn't guess Ridin' you haven't been paying attention!

"OH MY GOSH," I said, a little too loud to my shocked husband. "I was JUST thinking of that song!"

"You know that's not the radio?" questioned Bruce, looking at me curiously.

"What?" I leaned forward to hear an answer that wasn't making any sense. Of course it was the radio.

"It's my Pandora station."

I gasped! Bruce's Pandora stations feature songs by R.E.M., Simon and Garfunkel, Mumford and Son, the Lumineers, Neil Yong. Old people music. Never in a million years would "Ridin' " appear on ANY playlist Bruce would create.


And yet, here we were listening to a song that gave me a strange JOY. Enjoy Ridin', if you can. Bruce and I laughed as we listened to the whole song.

In the days after we knew Holly's joining Roma was eminent, I was thinking of that song. Which song would remind me of Holly?  I thought back to twenty years earlier when our families were on a cruise together. I had a picture memory of Holly singing Love Shack and dancing with reckless abandon.

Saturday night, a day after Holly passed, Bruce and I went to a wedding. While at the reception we left the venue for a brief time after dinner, and strolled around the Carroll Creek area in downtown Frederick Maryland. When we returned, we were in the lobby, avoiding the loud music so we could talk to a cousin who we don't see often enough. She said she had gone back in to dance  to Love Shack," because it was her sister-in-law's favorite.

I thought her comment random and odd, considering she had no knowledge of my thought of Holly linked to that song and she mentioned no other song. But I'm glad she told me they had played Love Shack, otherwise we would have never known it played while party-goers danced, one day, almost to the hour of Holly's and Roma's re-connection.
(Aside--Is anyone else wondering why Ridin' has over 100 million views, and Love Shack only 7.5 million?)I pray that Holly's grieving family will experience miracles that have given us comfort and assurance for the past five months since Roma died,  that those we've loved and lost are not far.  But really, we have not lost Roma or Holly. We know exactly where they are! They are singing and dancing in HEAVEN! And if we have EYES to SEE, sometimes we get a glimpse beyond the thin veil.I thank God,  for His mercies are brand new every day!