Continued from The Sorrow

Before we left the hospital Sunday day, the nurse gave us a number to call. It was an unfamiliar name, but she told me it was Roma's boss. He had called the hospital so many times to ask about Roma's condition, which they were not permitted to share, they had to ask him to quit calling. They promised they would give us his information and we would call him, if we wished. They had given us Bobby's number too late to call him back, almost midnight, but I suspect Bobby was sleepless and  would have welcomed a call at any hour.

The hospital called early to say Roma's brain scan was complete and he was pronounced dead on December 7, at 7:16 am.  Bruce called Bobby, and as soon as Bruce introduced himself,  I could hear Bobby's eager voice asking, "How's Roma?" When Bruce told this stranger that Roma didn't make it, Bobby started crying on his end, as his grief brought a new wave of my own.

Before we left to return to the hospital, I listened to a voice mail from another unknown number. Our new financial advisor who I had yet to meet in person called with a urgent message. She was a friend of my sister.  She sounded desperate, urging us not to give up. Her own son had been declared "brain dead" in 1994. Doctors discussed organ donation with her. But her son survived! He was doing okay, although he did suffer a traumatic brain injury which had lasting consequences.  She said everyone in her office had stopped work to pray together for Roma, a boy they had never met. She gave me this verse to hang onto.  "God has not given us a Spirit of fear, but of power and love and self-control." 2 Timothy 1:7

Then Kellie called. She hadn't checked her phone until hours after I sent the first hysterical text, and even then didn't accept the diagnosis that the injury "wasn't compatible with life." Not until she got my message asking her to ask her Russian-speaking friend to translate a message for Liana and Lia did she know that it appeared that Roma wasn't going to live. Even then she couldn't grasp it. "Mom, Roma can't be dead. God isn't done using him."

So, with a stranger and Kellie encouraging me not to lose hope, we headed to the hospital, praying for a miracle, half expecting Roma to be sitting up in bed, laughing when we entered his room, telling me I worry too much.

Bruce and I prayed for a miracle all the way to the hospital, an hour away, but when we were directed to his new room on a different floor, again in room number seven, Roma didn't appear to be rallying.

A friend who is a nurse, Teri, met us at the hospital just hours after Roma had been declared dead. She stayed with us all afternoon. They had cleaned him up. He looked better, like he was resting. How could he be "dead." I leaned over his warm chest, rising and falling with even breaths, and spoke love into his ear. When the nurses mentioned organ donation, I told them I wasn't ready to talk about that yet. Maybe God was still going to give us a dramatic miracle.

Teri, so kind and gentle, told me I didn't have to hurry, that we should let everyone know I wanted more time.  "Maybe it would help if you saw the brain scans." We agreed that that might help.

A compassionate doctor met with us in a private room and went slowly, image by image of Roma's brain scan. Even though I don't know much about brains, even I could tell Roma's scan wasn't normal.  Although this seemed hopeless, I knew it wasn't too big for God! I asked how long before they harvested his organs, and when they said they would keep him alive for another 24-48 hours before that happened. If we waited longer, his organs might deteriorate. We reasoned that if God were going to deliver a miracle, surely that would be enough time.

As we prepared to go home, I asked Bruce if we could come back the next day. My dear husband broke down. I realized the depth of his pain. "I can't do this another day," he said. "To sit here all day. . ." Tears ran down both cheeks.

Poor Bruce. He had driven four hours the night before, in silence, having to be mindful of us arriving safely, as I cried, railed, texted friends, made some phone calls. I can only write about my emotions. I'm sure his story is equally poignant. We haven't talked much about that night yet. I know how I felt. I do not know all that went on in my husband's head and heart. I know it was every bit as excruciating for him. He had to be strong for the rest of us. And Bruce is the strongest man I know.

As if our driveway was being observed, when we got home that Monday night, the door bell started ringing. Friends and neighbors began arriving with food in hand and sharing our tears. The next morning, the steady stream of visitors  came all day. And the flower deliveries.

There is as bubble that encircles people during grief. At least that was the case with Bruce and me. It was nice to have all the people there, talking to each other, as I felt out-of-body, witnessing and not having to participant in all the conversations. I'm sure I did take part, but the "bubble" experience prevented it all from being too real.

I remember at one point in the dream of that Tuesday, December 8, I was thinking that Roma got on that train that we all will get on one day. How like impulsive Roma to rush to the front of the line. But somehow thinking of Roma on that train, bound for Glory, gave me some comfort. It was a visual for me to hold on too.
One of the talking friends who directed conversation in my direction as I zoned out, said, "Roma just got on an earlier train they we did."
I turned and looked at her. Was she here earlier when I had that exact same thought? No, that was in the wee hours. I think. Did I say it aloud and she heard me?  I wish I could think clearly.  "I have had that same thought. About the train. Interesting."

All these people. I had gotten a notebook out to record the food coming in. All these neighbors who knew Roma better than they knew me. Roma, who never met a stranger, loved people. He always had a kind word and always made people feel important, like he really cared about them, because  he did.

At two we had an appointment with the funeral home. They left us with assignments: to send 75 photos for Roma's slide show, and select music to accompany it. I hardly had time to be alone to go through photos. Everyone shared photos of Roma I had never seen, so many of our choices came from what his friends shared. The woman at the funeral home talked to us at length about Roma. When we saw the completed video days later, I knew Roma would be pleased. It opened with a football theme, and the long pass, just the kind he loved to catch.

In the late afternoon when the house was empty and quiet, sat in my sunroom, where I like to read, and picked up a book by my chair. It was a devotional, by  Louie Giglio. Roma had brought it home a year earlier when he returned from Atlanta. He was proud of his gift to me, which as probably a gift from Nancy in Atlanta. I hadn't read much of it over the past year, as I had my favorites already. But, for some reason, I decided to go to the back, wondering what was written on the day Roma died. "

December 7 began "Be still and know that I am God." it began. That verse had become a Sacred Echo for me in the past two years. When I would go to my War Room, my goal was to get to that place where I could let the world fall away, be still, and listen to God. I suffer from distraction and maybe a little, or more than a little, Attention Deficit Disorder.

So that Psalm awoke me, and I read with anticipation of something Divine. 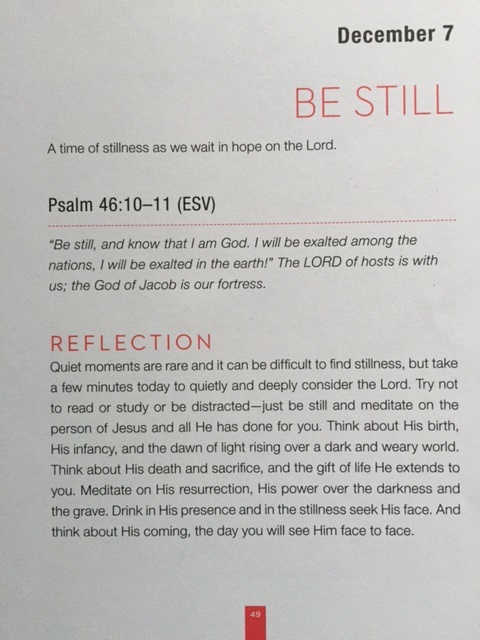 Well, it wasn't bad, it did speak of Jesus' power over darkness and the grave. And seeing him face to face.  I would hang onto that.


Then I turned the page. That's when I saw it. Photos didn't illustrate every day's devotion, but on December 7, a very encouraging photo accompanied that day's devotion. It was a photo of an empty train track  with a cross in the back ground. 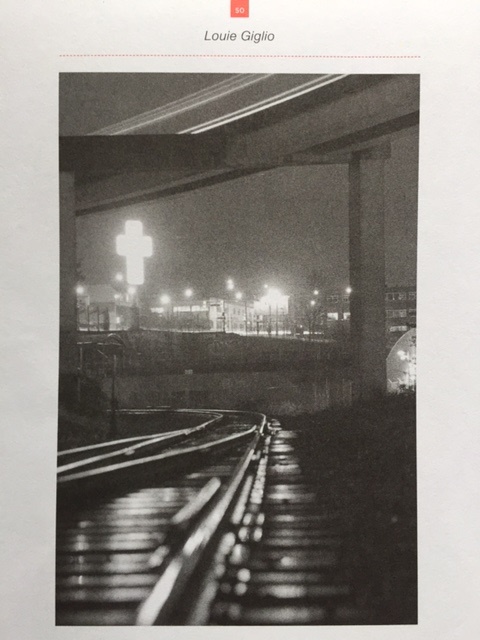 Roma's train had left the station. He was was Bound for Glory. And, in a day of many tears, that image made me smile.


Continue with Singing and Dancing in Heaven

Posted by dbmichael at 4:31 PM