The Gift of Desperation 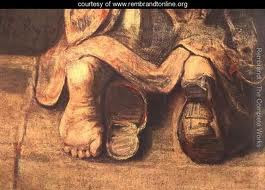 Last May I wrote a post, The Hound of Heaven Winks, which became my most-read post ever. A lost prodigal reaches from a distance for that safety net, a safety net only God can provide.

I'm asking readers to go back and read that post, one more time. Some followers of our story have confessed to reading it many times. But read it again. And pay close attention to Fred this time.

For the past few years I have been preoccupied with the theme of the "Prodigal Son," found in Luke 15:11-32. As I was praying for my own prodigal one night, I started thinking just how different these characters are, the prodigal in Jesus' story, and present day prodigals. I suspect there are many such prodigal sons and daughters lost in the world today with hopeful parents watching the horizon for their return.

In Bible times there were no phones, no email, no cars, no easy communication or access. The father in Jesus's parable acquiesced to his spoiled son's demands. What choice did he have? He had no control over his son's attitude and behavior. He could only control his own actions, so he chose to surrender his son to his demanded freedom, and watched him walk away. 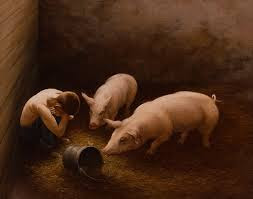 The Biblical dad was spared the knowledge of his son's shenanigans: the wild living, the foolish waste of money, the decadent self absorption, and finally the desperate yet redemptive act of desiring to eat from the pig troughs. The father of the parable could remain hopefully ignorant.

Fast forward to the Twenty-First Century. Modern fathers (and mothers) are constantly hovering, even from afar, bombarded with the highlights of their darlings' sin. (There's that archaic word. SIN.) The texts for money. The promises of change. The pleas for help with the perceived pig-trough meal in sight. The clinging to hope of preventing the crash on the proverbial "rock bottom." The connection. The painful false hope of repentance. The safety net. The dangerous perceived redemptive power of the human safety net.

At sometime in my prayers for Roma I felt God telling me my safety net had to be removed. The two stories of the Prodigal Son bared little resemblance, and the Bible story was the one that Jesus shared. During the past few months, that Sacred Echo of pulling out all forms of protection that resembled a safety net where he could fall and bounce was removed. The fall had to include "hitting bottom."

In May, after the excitement of finding Russian family members, in the Family Connection series that gave me so much joy and heartbreak to share, Roma fled to Georgia again, then checked himself back into a drug rehab in Florida a month later. He was lost to us. Someone on the inside to share with us the stories of God's pursuit of him seemed lost too. Last year's posts were so exciting to write and read. Now all was quiet. Finding his family was such a God story. There was only silence now. Like the Biblical father in the Prodigal Son was not privy to information, we knew nothing of his activities. Roma had left on a dark odyssey we were, perhaps mercifully, blocked from.

And then on one recent morning I received a text:

"Debbie, this is Fred (last name deleted). I spoke to you about a year ago concerning Roma. Again God brought us together last night at a CR (Celebrate Recovery) meeting. Call me when you are available."

Here we go again! These were the kinds of stories I had grown to expect and cherish from my relationship with God, and Roma.

Fred had gone to a CR meeting the night before, not his usual group, but one he visited occasionally. It was a large group, maybe 150 in attendance. When the meeting was finishing, the leader said, "Can you lead us in the Serenity Prayer, Roma?"

Fred reeled. Roma! He had never seen him in the crowd. Fred found him afterwards and the two marveled again at being reconnected. Fred even teased Roma about being in Florida again, saying, "Please tell me you are in Florida on vacation," even though he suspected, as a recovery addict himself, that rehab had brought him back.

Fred approached the leader after the meeting. "This kid Roma. . . " he began his story about how God had brought them together a year earlier.

The leader replied, "What's interesting is I was going to call on another guy to lead the Serenity Prayer, but when I started asking, that guy got up to get a tissue, so I called on Roma."

So Fred would have never know Roma was in the room if the leader had not called his name! Fred shared with me that he has never felt God direct him to a person like He has Roma. Fred has now agreed to be Roma's sponsor in his recovery. But Fred has repeated several times, "We cannot steal the gift of desperation from him." 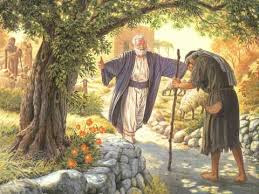 Just because I have sensed God telling me to remove the safety net from my dear boy, doesn't mean he is without a Safety Net. God is always present. In the details. Moving us toward Him. Having eyes to see reveals the miracles that abound.

I am confident God's Will is always best. Sometimes we wonder, as I did with the act of adoption, just how painful God's best will turn out to be, if God's best will line up with my expectation. But I am learning, slowly, that I don't expect nearly enough. I don't dream BIG. I am so easily satisfied, or oblivious to miracles that point to God.

I am reminded, for myself, and for my dear gift, Roma, of C. S. Lewis' often quoted writing:

"It would seem that Our Lord finds our desires not too strong, but too weak. We are half-hearted creatures, fooling about with drink and sex and ambition when infinite joy is offered us, like an ignorant child who wants to go on making mud pies in a slum because he cannot image what is meant by the offer of a holiday at the sea. We are too easily pleased."

Lord, please give us all eyes to see the miracles, and teach us to dream BIG!

So sad to send you to the next post.