The Prayers of a Righteous Man 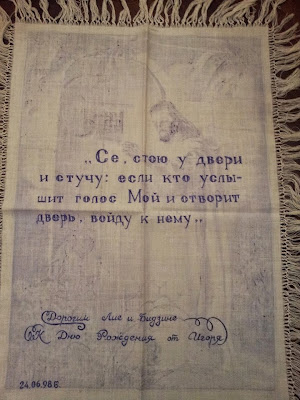 I grew up in an era when the Cold War was at its frightening height. The foreboding Union of Soviet Socialist Republics, or USSR, was dreaded Enemy Number One of our great United States of America. We did not trust the Commies for a minute.

Most of my peers will remember under-the-desk disaster drills in school by day, and the loud buzz interrupting our television programs by night followed by ominous, yet comforting words, "This has been a test of the Emergency Broadcast System. This is only a test. Had this been an actual emergency, you would have been instructed where to . . ."

I suspect that fear and loathing was part of the reason some older family members were vehemently opposed to our family adopting a boy from Russia. I suppose, to our parents' generation, bringing a seven-year-old child from the most formidable atheistic country in the world was just begging for trouble. "The first seven years of life are impressionable." "What has this child lived through in his formative years?" "What has he inherited from a family he will never know?" These were reasonable questions. Every answer I had for the naysayers was , "I'm sure God knows what He's doing."

Although religion was never officially banned in the Soviet era, believers were usually found guilty of anti-state activities. Only eleven years had passed since Communism failed in the former Soviet Union. For the previous eight decades, government leaders had tried to forcefully purge the country of its religious foundation.

But despite the efforts of the Soviets to dismiss Him, God never left the Soviet Union.

When we hosted little Roma for five days in November, 2001, five months before we traveled to Russia to bring him home as our son, he immediately captured my heart. Even my oldest daughter, thirteen years his senior, and never prone to sentimentality over children, said, "We got the cutest kid in all of Russia!"

We took him to church with us that Sunday. I was surprised as we drove into the parking lot and he saw the cross. He had learned quickly that we Americans were slow with the Russian language, and it was fruitless to use words with us. His eyes asked the question, and his little hands held together in prayer supplied more visual aids. I smiled and nodded yes. He understood prayer, church, and reverence. I was pleased with his knowledge.

When we traveled to Russia in April, 2002, I encountered people of faith. I was eager when our translator in Roma's home region in North Osettia asked if we minded stopping by her lovely, historic Orthodox Russian Church. We didn't mind tagging along on one of her daily visits during Lent, where she knelt at the rail for prayer and communion. She had given up meat and cigarettes. I had given up nothing. (Except maybe the involuntary relinquishment of my sanity for the first few months of that year, some would argue, longer.)

Days later, back in Moscow, our other translator took us by the famed Cathedral of  Christ the Savior, where she proudly dictated the history. The Soviets (spoken of with disdain) had torn it down in the 1920's during the anti-religious campaign, to erect the ill fated Palace of the Soviets, which was never built past the foundation. As soon as Communism fell in 1991, the citizens rebuilt their church back to it's original glory, complete with gold icons. 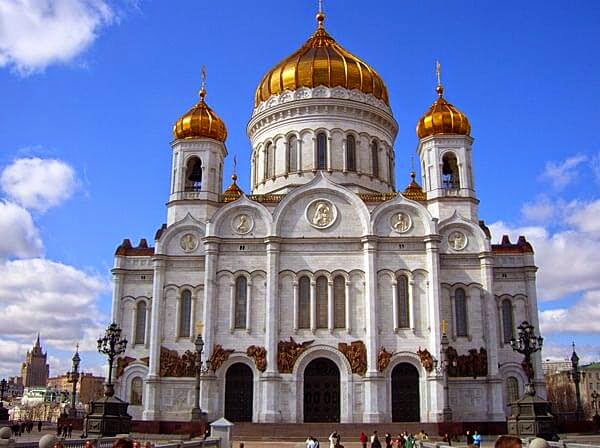 I have always been fascinated with Russian history and literature, even before I knew I would one day be the mother of a native son. As I slogged through nineteenth century Russian writers, Tolstoy and Dostoevsky, as a college English major in the 1970's, I was unaware of a Wind blowing through the Russia that young Igor inhabited. Hardly a single intellectual, writer, artist, or musician in the Soviet Union in the 1970's was not exploring spiritual matters, a former Soviet exile living in England told British reporter, Malcolm Muggeridge.

Muggeridge was fascinated, considering the extensive anti-religious brainwashing done on the citizenry for nearly eighty years, and the absence of all Christian literature, including the Gospels. The former Soviet's reply was memorable. The authorities had forgotten to suppress the works of Tolstoy and Dostoevsky, which were "the most perfect expositions of the Christian faith in modern times." No, God had not left Russia.

Before I learned anything about Igor, I had researched the life of Dostoevsky, and written this post, Powerful Literature. Like our tragic hero Igor, Dostoevsky too spent many years in prison.  For Dostoevsky, prison is where he met Jesus.

I often repeat a question I have pondered since I first learned of Igor, and Liana, and Lia since this story began to unfold the last days of 2014. Did Igor cry out to God in groans too deep for words, that God would protect his baby son, lost to his own family? Lia wrote that Igor took the pain of losing Roma to his grave. I always felt someone most have prayed for this boy. God's swift and determined action  made me feel I was only a cog in a Divine Plan. Now, privy to so much more knowledge, I wonder if my Call, from God, to adopt, was a plan of redemption for a helpless father, a man who seemed "doomed" by the world's definition. I am confident God never abandoned Igor.

Igor died in November, 2006, of cancer, at the age of 41. Lia and his family had pleaded with the authorities to release him from the terrible conditions in the prison, and allow him to die at home, surrounded by his loving family. But the request was denied. He was buried beside his father in Tbilisi, Georgia. All of his heartbroken relatives attended his funeral and a party to honor his life.

The above photo, painstakingly drawn Cyrillic, is translated, "Behold, I stand at the door, and knock. If any man hears my voice, and opens the door, I will come in to him." (Rev. 3:20) It was the reverse side of cousin Lia's birthday present in 1998 from Igor, drawn on a bed sheet with a ball-point pen, from prison. I studied Igor's drawing of Jesus at the door, carefully preserved and eagerly shared by Lia.

No, Jesus had never abandoned Igor in prison. And He never stops pointing me toward Himself. No other talent would have connected Igor to our family more than his being an artist. I was stunned as the image slowly loaded from Lia.

Learning the rest of the story, like I have since the end of 2014, has been such a humbling, restorative, and redemptive experience. I wish I had more information, more photos. I can't get enough of this story, though I am infinitely grateful for the discovery. One day I might have more to share. Maybe photos from our meeting in person, Liana and her family, Lia, and hers, the Michaels, and the common denominator, our boy, Roma.

Until there's more to share, I will let Lia's closing words from her family's shared memories hang in our collective thoughts. It occurred to me as I was reading, her family's thanks should also go to my family, friends, and community who have had a part in raising Roma. To those who know our family in person, and to others who have joined in the story along the way from my book and this blog and have offered prayers on Roma's behalf, Lia's thanks are for you too. And please don't stop praying. An African proverb states, "It takes a village, to raise a child," and this quote has never been so true as with Roma. Roma was never just our son. Lia's final paragraph is for all of you:


"We would like to say huge thank you for all the love and care which you are taking of our Roma. We are fully aware of the difficulties which are connected to raising up children. God bless you. With your help the New Year 2015 was the happiest in our life. We had spent so many nights thinking about our dear Igor's disappeared son, and imagine our joy when we finally found him alive and healthy, living in such a respectful and happy family. Thank God that you exist and many thanks to you personally, for all your great love and affection towards Roma! We, with all our heart, invite you to Georgia, Roma's homeland—this visit will really make us happy!

With lots of love,

Lia, her parents and family"