We often hear the debate “Science versus Religion,” as though theologians are on one side of an argument and scientists on the other, but who do we believe when scientists disagree?  There are many examples, but let’s consider the Big Bang Theory. This almost universally-accepted theory states that in a single cosmic explosion the universe that we now inhabit came into existence. 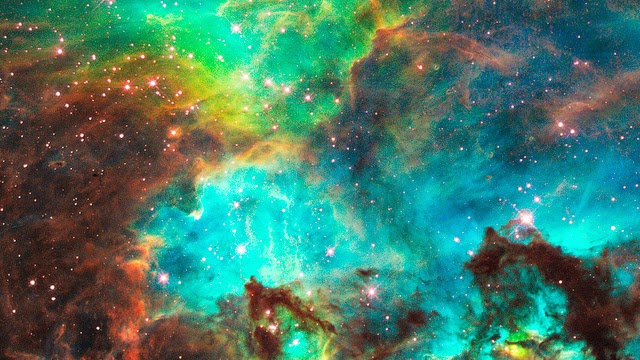 While scanning the heavens with his telescope in 1929, Edwin Hubble, observed red shifts, or elongated wavelengths of light, indicating expansion, or the moving apart of stars and planets.   If there was expansion, then there was a time when the celestial bodies were closer together, and a time before that when there was a “beginning” of the universe. This notion was a radical departure from the centuries-old belief was that the universe was infinite, or “static,” that it had no beginning or end. Earlier, in 1917, Albert Einstein had formulated his theory of relativity claiming that space must be able to expand or contract; but he found this hypothesis so improbable, that he revised his theory to line up with the common belief of the day that the universe was static and motionless.  After Hubble's discoveries of expanding space, Einstein regretted second guessing his original conclusion, and eventually gave an obligatory, though reluctant, nod to what he called "the necessity for a beginning" and eventually to "the presence of a superior reasoning power."

The discovery of cosmic microwave background in 1965 is probably the most conclusive evidence for the Big Bang.  Arno Penzias, who shared the 1978 Nobel Prize for the shattering breakthrough said  “The best data we have are exactly what I would have predicted had I nothing to go on but the five books of Moses, the Psalms, and the Bible as a whole.”

By the 1980’s most scientists were in agreement with the Big Bang.  But physicist and “Nature” editor Sir John Maddox was not convinced.  In his 1989 “Nature” article titled “Down with the Big Bang,” he wrote, "Apart from being philosophically unacceptable, the Big Bang is an over simple view of how the Universe began, and it is unlikely to survive the decade ahead." Maddox hoped that photos from the Hubble telescope would prove the theory wrong; however, the images sent back to earth did not challenge an expanding universe.

Wait a minute, “philosophically unacceptable”?  What about scientifically unacceptable?
Other scientists were uneasy with the implications of the Big Bang that required an ultimate “beginning.”  Arthur Eddington, prominent astrophysicist of the first half of the 20th century, described the idea of a Big Bang as “repugnant,” confessing his desire to find “a genuine loophole” to “allow evolution an infinite time to get started.”   “Repugnant”?  Only if the idea doesn't fit one’s philosophy.   Eddington finally accepted the veracity of the Big Bang, but admitted that “the beginning seems to present insuperable difficulties unless we agree to look at it as frankly supernatural.”  (Italic mine)

Dr. Robert Jastrow, (1925-2008), recipient of the NASA Medal for Exceptional Scientific Achievement, admitted that although he was agnostic, he was nonetheless fascinated by the implications of modern scientific discoveries,  particularly in regard to the Big Bang. In God and the Universe, he wrote, “For the scientist who has lived by his faith in the power of reason, the story ends like a bad dream.  He has scaled the mountains of ignorance, he is about to conquer the highest peak.  As he pulls himself over the final rock, he is greeted by a band of theologians who have been sitting there for centuries.”

In his 1992 Los Angeles Times article, science-historian Frederick Burnham wrote, "These findings (concerning the Big Bang), now available, make the idea that God created the universe a more respectable hypothesis today than at any time in the last 100 years."

Theoretical physicist, Steven Hawking, best known for his cosmology work regarding black holes, had this to say in his bestselling book, A Brief History of Time, (in which, by the way, God is the main character), “It would be very difficult to explain why the universe should have begun in just this way, except as the act of a God who intended to create beings like us.”  And “It is quite possible that God acts in ways that cannot be described by scientific laws."

Yet, Steven Weinberg, 1979 winner of the Nobel Prize for Physics, and avowed atheist, claims that some cosmologists endorse theories on the basis that they “nicely avoid the problem of Genesis.”
And what exactly is the problem with Genesis?

Is this the “Science” of empirical evidence, or “philosophical” science?  Why are opinions of respected scientists dismissed, ignored, and maligned in certain scientific circles?  In naturalistic science, (the belief  that natural causes alone sufficiently explain everything in the universe, read “no God”), there is a philosophy, a worldview, which is being vehemently protected and advanced, even to the exclusion of new scientific evidence.

Scientists frequently disagree. Who are we to believe?  Probably the ones whose conclusions most closely match our own philosophy.

That the earth began at a fixed time in the past, in a burst of light and energy is sounding strangely like Genesis.

Sir Francis Bacon, (1561-1626), English philosopher, statesman, and father of modern scientific thought, said, “A little science estranges a man from God; a lot of science brings him back.”

Posted by dbmichael at 8:09 PM