It isn't likely that many readers will identify with Ebeneezer Scrooge. He was a hardhearted, miserable miser until, in the course of one night, he made a 180 degree turnaround, transforming into a giddy, compassionate, altruist.  Does this kind of change happen in real life?

For most of us, change happens so gradually it goes unnoticed until we look back and everything is different. For some of us, change is more startling.

William R. Miller and Janet D'de Baca, PhD clinical psychologists and teachers of traditional approaches to self-improvement, became intrigued by stories of clients' experiences of sudden, dramatic change. Miller and D'de Baca placed an ad in a local newspaper for people to share their stories of unexpected, personal transformations. They were shocked by the deluge and content of responses . 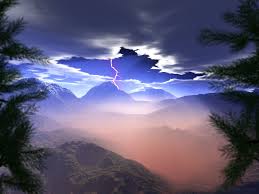 They were struck by the diversity of the responses, and also by the common thread that ran through them. The personal testimonies included "bolt-from-the-blue" and "seeing-the-light" types of mystical encounters to  life-changing insights and "powerful, sudden moments of consciousness." (I describe my own transformation experience in But the Greatest of These is Love as "the scales falling off my eyes.)


To document their data, Miller and D'de  Baca published  Quantum Change, When Epiphanies and Sudden Insights Transform Ordinary Lives (2001). They define Quantum Change as being marked my four elements: vivid, surprising, benevolent, and enduring. It is vivid in that it is an identifiable, distinctive, and memorable moment when the transformation occurred, or at least began. The person is aware that something extraordinary has happened, providing the element of surprise, or awe. Even though the experience is often unsettling, there is a benevolent quality to the event, an overwhelming quality of "loving kindness" surrounding it. The change is enduring. Even decades after the event, the transformation is still intact.

These transformations are mostly dismissed by the Western world  as delusions (Science) or presumption (Religion). But the "evidence" exists in a changed life. Sigmund Freud and Karl Marx would have likely scoffed at the idea of Quantum Change, yet, William James, their contemporary, often referred to as the father of American psychology, wrote about the same phenomena in The Varieties of Religious Experience (originally published in 1902 and still available today). Stories of Quantum Change are common among spiritual giants like St. Paul, St. Augustine, Mahatma Gandhi, and Mother Teresa. In fact, most spiritual giants have a Quantum Change story.  The experience has shaped the lives of great thinkers and writers like Tolstoy, Dostoevsky, and C. S. Lewis, who said he got on a bus an atheist, and got off, a believer. Quantum Change has been the impetus of many social reformers like Joan of Arc, Florence Nightingale, and Bill Wilson.

After my spiritual metamorphosis in 2000, a friend who was aware of my experience, shared an article from Christianity Today which led me to this book, which I immediately ordered, ravenously read, and wrote Dr. Miller. He wrote me back, stating that Quantum Change isn't as rare as one might think. People hesitate to talk about their experience because of the inadequacy of words to describe their experience,  and they "feel odd." I understood this awkward difficulty. Still, it gave me hope. Miller described himself in the letter, not in the book, as a "devote Christian" and described these as "born again" experiences. Yes, me too!

In the surveys of respondents, Changers reported their priorities reversed. Characteristics that seemed important before the change, like wealth, pleasure, attractiveness, abruptly diminished in importance. The biggest single gain was in the priority given to spirituality, which previously had been at the bottom or close. Many reported that Quantum Change was a process, a series of changes, like a "primary earthquake, followed by a series of aftershocks." Many Changers felt moved to acts of compassion and service to others. My experience paved the way for my adoption of an older Russian boy.

The final chapter, "Message to Humankind," sums up that Changers acknowledge there is a Truth in the experience, "sensing a great Whole of which all humans are a part" (Italics mine). A common theme in the aftermath of Quantum Change is humility, and a feeling of unworthiness of the experience. And immense gratitude. I must be a textbook example—I related to all "symptoms."

Read the book, (and mine!) Consider your own spiritual journey. If you have experienced a Quantum Change, be it an epiphany or a sudden insight that sparked change, please leave me a message. Share your testimony. You are in excellent company!
Posted by dbmichael at 10:21 AM

Email ThisBlogThis!Share to TwitterShare to FacebookShare to Pinterest
Labels: But the greatest of these is love, Quantum Change, spirituality, transformation, William R. Miller