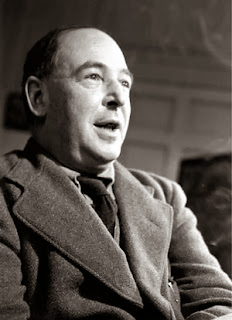 C. S. Lewis, or "Jack" to his friends, revolutionized the understanding of Christian faith—starting with his own. Raised in the Church of Ireland, Lewis became an atheist at age 15, when he expressed an anger with God for not existing. The young intellectual quoted Roman Epicurean poet Lucretius, who he believed had the strongest argument for atheism, "Had God designed the world, it would not be a world so frail and faulty as we see."

But Lewis was a seeker of the Truth. It was inevitable that he would find it. And his ability to articulate that Truth would change lives. Even fifty years after his death just before his 65th birthday, his writings continue to challenge people to new and deeper faith.

There are many examples, but I will use perhaps the most prominent American scientist today. As a pioneer geneticist and present head of National Institute for Health, Francis Collins, credits Lewis with his religious enlightenment. He wrote in The Language of God, that when once asked about his faith, he confessed that he had none. That realization set him on a quest to discover if there was any rational basis for spiritual belief. He started to suspect, as Lewis wrote about his own uncomfortable suspicions, that atheism was too simple. He questioned a minister who lived down the street who handed him a book to read. That book was Mere Christianity.

Collins writes, "In the next few days, as I turned its pages, struggling to absorb the breadth and depth of the intellectual arguments laid down by this legendary Oxford scholar, I realized that all of my constructs against the plausibility of faith were those of a schoolboy . . . Lewis seemed to know all of my objections, sometimes even before I had quite formulated them. He invariably addressed them within a page of two. When I learned that Lewis had himself been an atheist, who had set out to disprove faith on the  basis of logical argument, I recognized how he could be so insightful about my path. It had been his path as well."

Mere Christianity was adapted from a series of BBC radio shows aired between 1942 and 1944, commissioned to sooth an anxious populace, much like Roosevelt's "Fireside Chats" in America. Christianity Today voted it best book of the twentieth century in 2000. Due to his skeptical approach to faith, and his dramatic conversion, he has been called "Apostle to the Skeptics." His influence and popularity has only increased in the fifty years since his death.

I have always professed a Christian belief. But not until I experienced God's presence in my adoption journey,which is documented in my book But the Greatest of These is Love, did I begin to understand what I had NOT previously grasped. I describe the experience as "scales falling off my eyes." I couldn't understand then how many layers are still left to be pealed away. It is a process until death. Another layer sloughed off when I read Mere Christianity. Here is a passage that almost stood out in bold print as I read.

"If we consider the unblushing promises of reward and the staggering nature of the rewards promised in the Gospels, it would seem that Our Lord finds our desires not too strong, but too weak. We are half-hearted creatures, fooling about with drink and sex and ambition when infinite joy is offered to us, like an ignorant child who wants to go on making mud pies in a slum because he cannot imagine what is meant by the offer of a holiday at the sea. We are far too easily pleased."

There is nothing easy about reading C.S. Lewis, especially in the 21st Century when we are more familiar with Orwellian "New Speak." It requires concentration and feeling the words in one's heart. I tried reading Mere Christianity when I was younger, and my eyes glazed over. But reading it now, with life experience, and knowing God on a richer, fuller level, yet still immature, I am finally starting to get this mystery called Christianity. I will read it again. And again.

One last quote from my favorite Oxford Don reveals the Power he recognizes behind his  words. "I never exactly made a book. It's rather like taking dictation. I was given things to say."

I humbly pray that God will give me words to say as well!
Posted by dbmichael at 9:38 AM