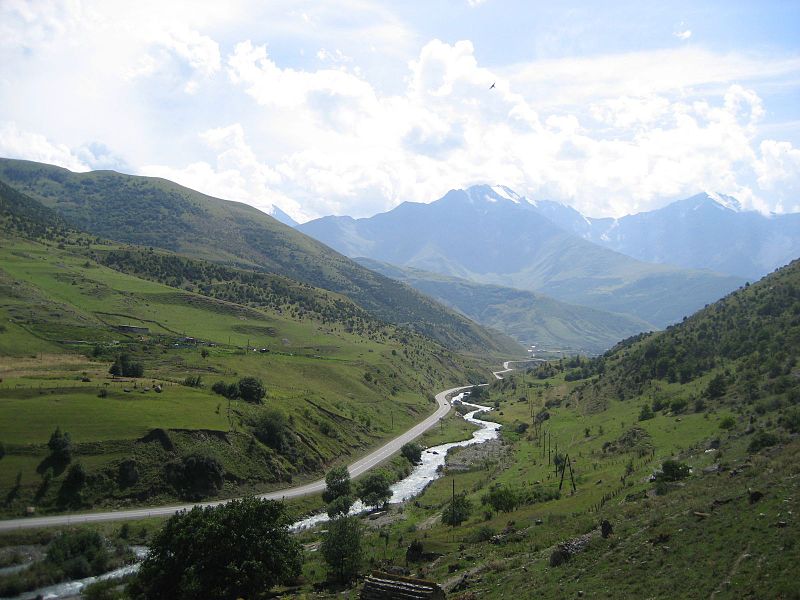 According to Google maps, I could drive 15 minutes south-east  from Mozdok, N. Ossetia-Alania, (early home of my Russia-born son, Roma) to the border of Chechnya, the homeland of the Boston Marathon terrorists. North Ossetia-Alania and Chechnya are bordering states. The former is predominately Christian, the latter, 95% Muslim.  Had Roma been born on the other side of that thin, invisible line, he might have been born and raised an adherent of Islam, and taught in the same manner as the marathon bombers. It almost seems an "accident" of birth to be born on the "wrong" side. I'm sure God sees it differently.

Maybe because I have worked at a high school for 13 years, my reaction to the Boston Marathon terrorists is profound sadness. I am in no way minimizing the trauma of the victims of the bombing. I am heartsick about the lost lives and limbs, and lives forever altered.  I also listened to reports of prom groups including the "terrorist," his typical high school life, shocked teachers, and family photos of the 19-year-old in their homes.  By all estimations, the younger terrorist was an intelligent, "normal," "likable" kid, like so many I have known at my high school. What went so terribly wrong?

I have had many young friends at school over the years who I have often lamented  their lot in life. If they had grown up in a different home, with different circumstances, they would be so different.  That is true of all of us.  Such is life.  And yes, there is such a thing as "evil," but as Soviet dissident Aleksandr Solzhenitsyn recognized, "If only it were so simple! If only there were evil people somewhere insidiously committing evil deeds, and it were necessary only to separate them from the rest of us and destroy them.  But the line dividing good and evil cuts through the heart of every human being."

Has our "America is great," fist-pumping reaction to killing/capturing the terrorists fueled more animosity, or brought us closer to peace? I imagine that scene playing out on a small scale, at the N.O.A–Chechnya border.  What if, instead of a show of defiance against hostility, the Christian residents in N.O.A.(or fill-in-the-blank) continued to lovingly serve their neighbors in Chechnya (or fill-in-the-blank). Would, at some  point, those being loved stop lobbing bombs back over the border?  Sure, one cannot negotiate with terrorists. Jesus didn't ask us to negotiate with them. He commanded us to love them! "Love your enemy, pray for those who persecute you."

Did Jesus know what he was asking is humanly impossible? We need Divine help.

I have seen posts on the internet that do not dignify the victims, nor edify Christ. We act like we are on two opposing teams, "evil" verses us, and we'll do whatever it takes to "win." Do I believe that God loves Dzhokhar Tsarnaev as much as He loves me? As hard as that is to fathom (for I am pretty lovable!), I suppose it is true, otherwise, how can He be God?

I believe Jesus' command is possible, and practical. German philosopher, Hegel, said, "We learn from history that we do not learn from history." The continuation and escalation of wars since his death 180 years ago certainly proves his point. The human race continues to enjoys its hatred, and we keep forgetting where our hatred leads us.